Image is everything when it comes to Election Advertising 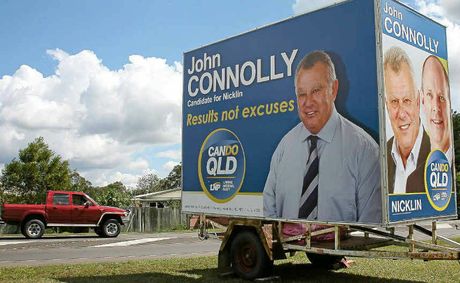 Election Advertising – There is no denying it works!

“Hide yo kids, hide yo wives”.. because there’s a Federal Election in Australia and the “Bad” signs are coming.

Yes, as the days and months roll closer to that magical day in September… motorists need to be prepared for the roll out of signs of all shapes and sizes, all colours of the rainbow, flags being waved and posters being picketed… eye sores of all types, most of them executed shabbily and some dare I say miserably.

You’ll see dodgy home built trailers, poorly designed flyers, vans/vehicles covered in stickers…  you name it,  as the Federal Election looms the panic button gets pressed and MPs from all over the country start taking advertising and marketing into their own hands in a last minute scramble to win their seat

When it comes to self promotion – Image is Everything

It’s true that Mobile Billboards are the most cost effective marketing medium during an election.

Simply because they provide the largest visual format available in the precise are you want to target.

They look great, are clean, neat, uniform and make a visual impact to all of the potential voters in any given area.

You need them to target a local shopping centre, sports ground, busy road… No problem! We go there.

Our Mobile Billboards are the biggest and best and more so, quite affordable.

So it absolutely baffles me when I see the MPs  allowing almost anything, provided its got their face on it, to hit the roads.

“Image is Everything”, yet it is the one thing so often compromised during Election self promotion.

And in today’s short post, while I didn’t particular want to make an example of anyone, the picture above is just a perfect example of everything wrong with the bad signage you can expect to see and everything you should try and avoid.

“There is no such thing as bad publicity” – WRONG

First off… the obvious. Check out the quality of the trailer.

Dare I say that trailer would barely scrape past a “Road Worthy” certificate or even legally be allowed on the roads.

It looks like its about one more rust spot away from disintegrating and heading to the trailer graveyard in the sky.

But something further to this that many people overlook… do you think they have insurance to be there?

They are parked on a road reserved, not likely intended for vehicle parking.

What if Joe Public was to become distracted, come of the road and hit this sign?

What if children playing around it fell and cut themselves on it?

Do they have permission to be there? I highly doubt it.

So who takes responsibility if god forbid, something was to happen?

Moving on, apart from the visual condition of the trailer and the legality of it being there, moving on to the design.

The font/image size on the canvas would not be visible when driving past at 50km per hour.

The candidate has also gone with “Results not excuses” – but he’s taken the shortest, cheapest and most compromised option available to him for his own promotion. To me, in my opinion, is that not an excuse itself? 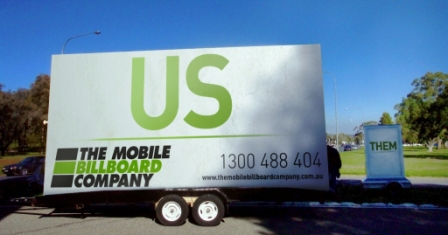 In my opinion, if this is the very first and lasting impression he wants to give his potential voters – it tells me that he’s prepared to compromise and take short cuts.